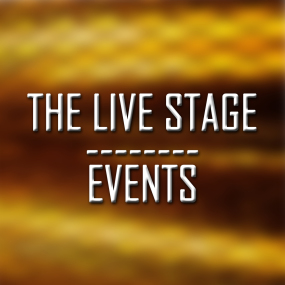 "Facebook live stage" for Christian music will be launched in 2018.

This will be a project in constant development technically and musically, but the idea is to provide a stage for budding musicians, songwriters and artists to share their stuff with the world.

The stage will happen every two months, and will be born out of Orpington Baptist Church. It will happen with a small audience at a facebook live concert in the main Sanctuary, the main purpose would be to broadcast live to the internet over Facebook and Youtube. There will be a small TV crew of technical volunteers who will make sure it looks and sounds great online. And even a pool of musicians who are willing to volunteer to play for these artists.

The event could be streamed live to radio via Genesis Christian Radio depending on discussions. Watch this space.

The thing about music and creativity is that it needs a flow. Many people write songs, or can sing or play an instrument well, but don't have the financial, technical or even musical means to share what they have. I have realized over the years working with numerous artists in the studio that recording albums triggers creativity. New songs start flowing, and often songs that are planned to go on an album are scrapped in favour of better songs that are flowing once the recording process is underway. There is also a greater sense of meaning an momentum for the artist, and most importantly, the door is open to share what God has given them to an audience. It is a great thing to see.

This is one platform in conjunction with GSG Music Studio that will give a channel for the flow of music and creativity, and also an easy platform on which to share with friends and family. Music is to be shared, and sharing music is healthy for creativity, community, and the spread of the messages behind the music!

The Music industry is a Business. For musicians, the desire is often to "make it", to get signed by a record label. But from what I've learn't over the years is that this is one way to channel music creativity. However it is a model driven by business first, especially in the Christian Music world and that comes with it's limitations. It requires a lot of money, time, personel and energy to produce music, distribute and perform it professionally.  Without an income stream it would never be possible. We live in the real world. The business needs to do well as a business to sustain itself. People's mortguages and livelihood are dependent on the business doing well. Competitive rates also drive the price of "music realty" and busines becomes even more dependant on being competative.

The music business is not bad, but my point is, it is not primarily about music, and the nature of it restricts firstly a more diverse creativity, where only popular music that fits the current trend will maximise sales, and therefore make money to fund the massive overheads that are inherent in this model. Grassroots community flow that music has always been about since before the music business began has been sidelined somewhat it the modern global music empire that the business of music has generated. Until now. Personally, I find a great deal of excitement and energy comes from listening to and watching the music of my friends and people I know personally. It has not been easy to hear, let alone hear about what is happening in their music world. But with the advent of Facebook and other social media, along with the ability to publish albums through companies like CDBaby has brought this music closer. This Facebook live endevour is designed to be a fun and accessible way to share the music of Christian artists and musicians with a more local audience of friends and family, but with the added bonus of worldwide accessibility. Friends and family around the world can "tune in" to concerts from the Facebook Live Stage at the click of a button, and music flow can happen!